To Franchise or to Own? A Telco Conundrum

McDonalds does it. H&M does it. Starbucks does it. Nando’s does it. 7 Eleven does it. What do these companies have in common? They franchise, globally.

We shop with successful franchises across the globe and across industries – from vehicles, to clothing, to food, and beverage. So, why does franchising seem inconceivable for telcos?

The opportunity for enterprise telcos to franchise their brand and capitalize on expanding their markets sounds like no-brainer. Franchising widens the distribution reach, controls the  partner, increases sales, and directly-staffed stores lets telcos put a big chunk back into their OPEX budget.

In the telco industry, the word “franchise” often describes an individual entrepreneur who owns less than five stores. Those who own more than five stores are known as “dealers”.

In the United States, the market is dominated by these dealer store models. Small and medium enterprises can have blocks of 30 to 50 stores. But given the sheer size of North American carrier footprints, it’s difficult to gain power in this market. This is the crux of the risk and reward battle that lies at the heart of the relationship between the dealer/franchisee and the parent. The business owner takes the risk and sinks the costs – and expects a successful brand and to be supported by the parent.

Often, the path towards a telco-sales-channel model is cultural. Take Italy, for example. With a plethora of small towns and a strong local influence, the huge local business ownership culture and the web of relationships leads most carriers to have an owned or outsourced mix of almost 10%/90% – one of the highest in the world. The franchise model in Italy works, fueled by geographic penetration in hard-to-reach but static population in the regions.

In contrast, other regions of the world are very different. The U.S. has a 40%/60% mix, and uses dealer stores to reach areas that can’t be cheaply serviced. In contrast, the UK is typically an 80%/20% mix due to the “Great British High Street” culture, where there is a strong drive to own stores in the most desirable locations.

But times are changing. As the retail landscape transforms worldwide, many countries are dynamically altering their mix.

So, which path should telcos follow? What are the hurdles they must overcome?

I was inspired to write this blog after reading an article, At this Verizon store not owned by Verizon, the staff sold a woman a phone she did not need, published by The Inquirer.

The piece describes the horrible experience of a customer who unknowingly shopped at a dealer store.

A pitfall of the dealer/franchisee dynamic was exposed at the end of the article when the customer, Bonnie Parkhouse, recalled the Verizon employee telling her, “You went to the wrong store.”

And Parkhouse’s reply, “I thought ‘Verizon’ was Verizon,” And bang! There lies the problem.

In the case of Ms. Parkhouse and Verizon, the quest to reduce old and obsolete inventory and making the store leaner and lower cost, led to misleading sales practices. Other than your burgers going out of date, the same problem isn’t a risk to the McDonald’s franchise.

So, what are the common franchise mistakes that telcos make? Here are the top six that I see worldwide:

1. Incorrect Estate Mix: Too many owned stores can leave a company bloated, but too many franchises can be worse if the culture doesn’t support it and the model isn’t fully tested. This scenario creates poor customer experiences and a fragmented brand perception. The focus should be on perfecting the model, then growing it.

2. Unclear Value Chain: It should be clear who should make money when – and for what. The compensation model should be established to ensure the right behaviours are rewarded. Sell profitable tariffs and high-margin accessories, and you will win. Sell high-price, low-margin devices on low-end tariffs, and you will lose.

3. Lack of Clear Rules & Guidelines: What can I sell and what can’t I sell? Letting partners sell high-margin category items, like accessories, is often a good way to allow them to make money. This is what dealers and franchises thrive on. Denying them the opportunity to make money means they will make cuts in other areas – and you don’t want to know what that will do.

4. Device & Handset Range – Who Owns the Inventory?: If there are certain devices that must be sold, then stocking the right inventory is critical. Yet, for a small business owner, carrying $100,000 of tied-up working capital in one store may be impossible. There needs to be clear rules regarding who needs to stock what, and who owns the cost of the inventory. Considering the complexity of franchisee reward for omni- channel and digital sales, this is NOT an easy task – but there are various ways of doing this.

5. Standards and Branding – What is expected?: You can’t understand what you don’t measure. So, the parent must have solid controls in place and really support the partners. Despite the importance, brand standards often fail.

6. Staffing & Training – How Many, and How Good?: Business owners will look to increase profits by dismissing staff. This can hurt a brand and lead to a poor customer experience. Mandating certain training modules and measuring the retained knowledge is a better approach.

I work with many telcos and businesses in this area, and it is one of the biggest pain points out there. Right now, I have clients in North America, the Caribbean and the Middle East who are all struggling to make sense of this conundrum.

Globally, certain operators are taking their first steps into this space. Vodafone UK has shared the success of their “Partner Agent” program, which is seeing them franchise a percentage of their stores throughout the U.K.

The challenge with these programs is not getting started – it’s designing and re-designing the commercial relationship for the long term. The last thing a company needs is to end up with a population of disillusioned, broke franchises that are tarnishing their brand, splintering customer experience, and dragging their sales ability down a slippery slope.

If you’re ready to learn how to design and operate the best possible partner/franchise/dealer program for your market, let’s chat! Connect with me on LinkedIn.

Through Maplewave’s Amplifier Consulting Services, we can explore, guide, design, teach, and coach your team to enhance the overall performance of your business. 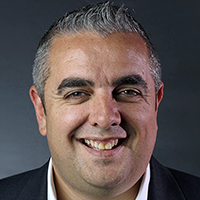 Offering insight and concrete solutions for telcos looking to take their business to the next level.

Prosper or Plummet: The Destiny of House of Fraser

House of Fraser’s future exhibits the dangers and opportunity presented by a revolutionizing retail market.

The 3 Tools Your Telco Salespeople Need to Be Successful

Few people would be successful in their jobs if they didn’t have the tools they needed to perform. And the telco retail environment is no exception.

How To Revolutionize Your Telco Training With NLP

Telcos, I’m going to let you in on a secret that can revolutionize your retail training and drive your success to the highest level.‍ It’s Neuro-linguistic programming.